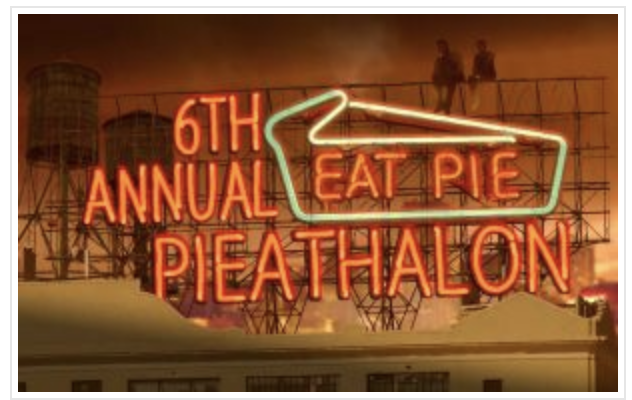 I was to bake a Hawaiian Banana Pie

I was late to the pie party this year. So late in fact that the wonderful Yinzerella of Dinner is Served 1972 gave up waiting for me to get my act together and nominated a pie on my behalf. And so I was to be part of the Pieathalon 2019 after all! That was kind of her and I was grateful. But then I got my email notifying me of the pie I was to bake. I felt I was perhaps being punished for my ineptitude when I discovered I was to bake a Hawaiian Banana Pie… I don’t love bananas and I can take or leave pineapple juice. 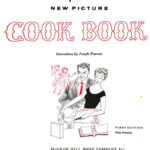 But hey, it’s the Pieathalon, so I donned my apron and did the right thing. I must confess to emailing my lovely friend Jenny, of Silver Screen Suppers fame, to say that I was going to make my family suffer with me and take it over to my parents for a gathering of the clan (I may have expressed myself in more forthright terms in that email). Betty Crocker was the author of this off-putting sounding dish – from her New Picture Cookbook, published in 1961, so even older than me. To add insult to injury, all the other pie recipes on the same page sounded more appealing.

Time to Bake the Pie 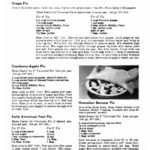 Time was of the essence (isn’t it always??) and I didn’t have any lard about the place, so I ignored Betty’s recipe for the pie crust and relied on my favourite, 21st century sweet pastry, from Richard Bertinet’s great Pastry book. It’s a high risk thing to say, but this recipe has never let me down. I got this started at home and then hot footed over to my ma and pa’s and rested the pastry in their fridge.

Meanwhile, I sliced up six bananas (four would have done, but extensive research on the internet didn’t really help me convert six cups to actual bananas) and soaked them in three tablespoons (ish) of pineapple juice for half an hour. And then not only did I have to grapple with the pesky cup measurements, I had to contend with my ma’s vintage set of scales (it was only later that I discovered where she hides the sensible modern-day ones). I mixed up around 180g caster sugar, with a tablespoon of plain flour and a generous teaspoon of ground cinnamon.

Lined my tart tin with pastry, added the bananas and a little of the pineapple juice

I lined my tart tin with pastry, added the bananas and a little of the pineapple juice, sprinkled over most of the sugar mix (it seemed like a lot), added another layer of pastry and added a couple more spoons of sugar etc on the top (well, we don’t like waste, do we?)

Popped it in the oven, whipped up some double cream I found in the parental fridge, added a little icing sugar, mostly in the hope of masking the taste of the pie, and waited for the timer to ping. I managed the family’s expectations. In fact I told them it sounded pretty revolting and they mostly agreed.

But it came out of the oven and – reader, it was delicious!! Second helpings were served, so my profuse apologies to Betty for ever doubting her. I may even bake it again. 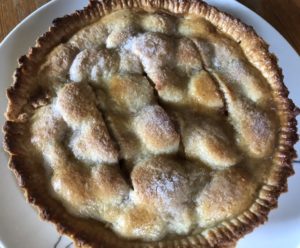 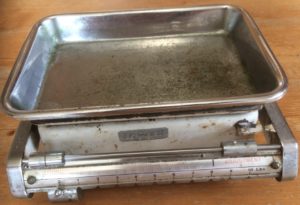