Kitchen in the Lounge 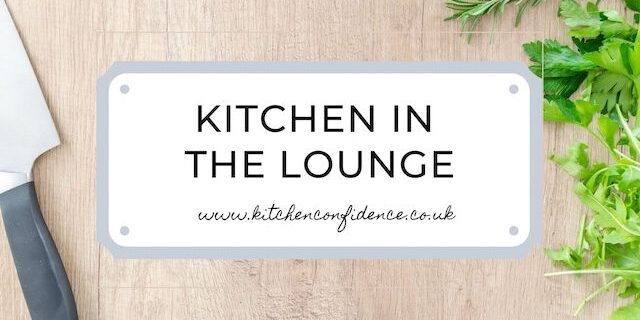 After 11 years of talking about it, finally got the kitchen ripped out and started all over again. The old kitchen was very much “fur coat, no knickers” – looked nice enough, but nothing was quite right behind the cupboard doors. It started to go wrong at the housewarming party, when the oven door fell off as I was cooking pizzas. 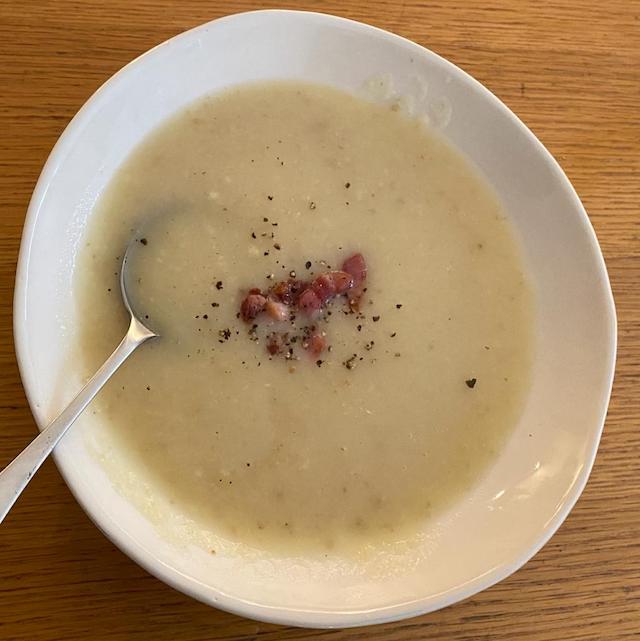 We muddled through that evening and chose the new cooker simply on the basis it fitted the space. It was ok, but it didn’t age well and wasn’t reliable. We made the best of it until the time finally came for Project New Kitchen.

Once the old stuff was ripped out, the lovely new space gradually began to emerge. What a difference it makes to have the kitchen designed by someone who understands the cooking process and what should be where. Each time I met up our lovely designer, Kate, to discuss keeping the costs down a bit, I ended up spending more on something that suddenly seemed essential (not a criticism of her at all).

The kitchen in the lounge

So for seven weeks, I operated in the Kitchen in the Lounge. I bought: a mini fridge, a single induction hob and one induction friendly saucepan. Thought about getting a microwave but I haven’t had one for 20 years. 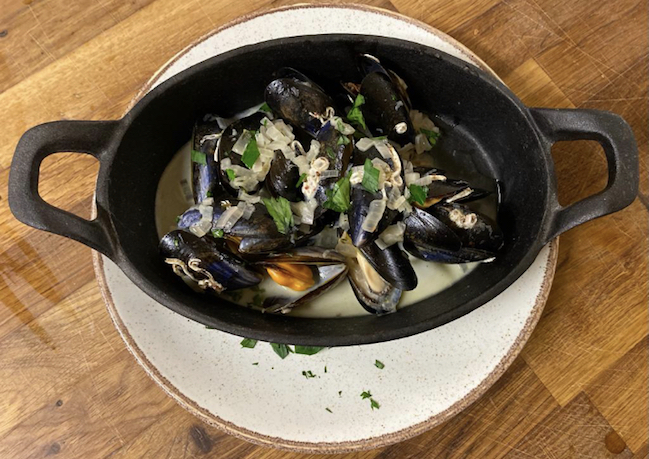 Back then, microwaves were BIG and I only ever seemed to use it to warm up my daughter’s milk. She gave up milk aged two and the microwave’s time was up. I rescued a cupboard door from the skip, perched it over the bath and that was the washing up station.

So it was time to focus on one pot meals, using as little equipment as possible. I had one frying pan that worked on the induction hob, a couple of Le Creuset casseroles and my new saucepan. I was ready to go. 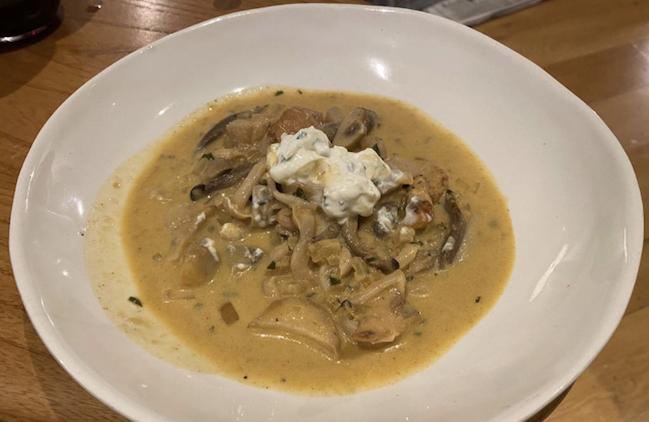 I started by using up some stuff from the freezer I had had to empty – it was November when this started so the garden was the freezer for a while. There was some tomato sauce, so I mixed this up with some black olives, basil and Parmesan and served it with some big pasta. Not exactly challenging but a perfect one pot dish. 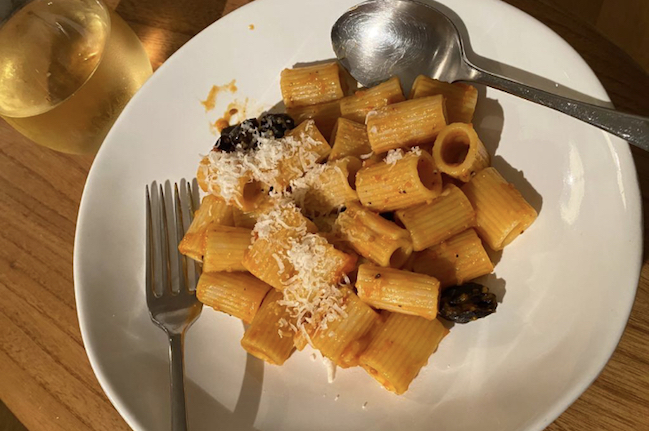 I did get more adventurous some days (although there were also a lot of omelettes, sometimes cheese, sometimes ham, occasionally cheese and ham and often cheese and mushroom). 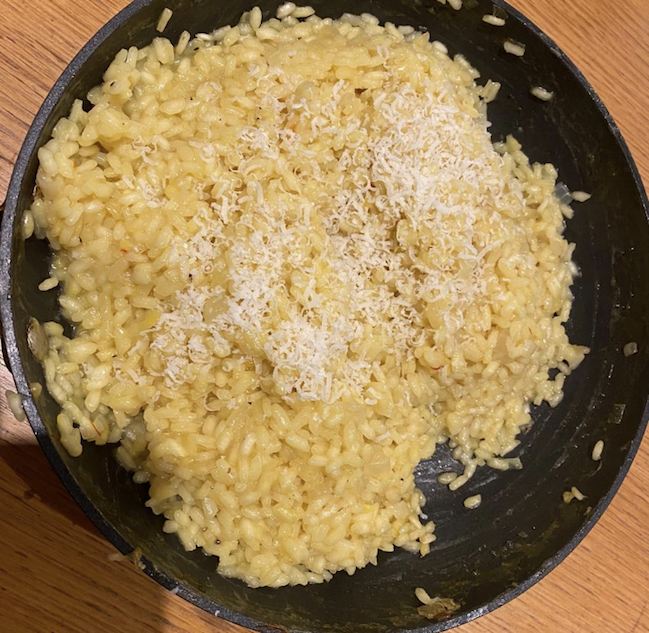 I did a gorgeous risotto Milanese – but the hob was on a low down coffee table, so I decided to keep recipes that needed a lot of stirring to a minimum.

Highlights were: French onion soup, moules mariniere, mushroom stroganoff, which I taught at one of my Bread Ahead classes and loved so much I made a few times at home. Usually I would serve that with rice, but that would require two hobs, so I went for crusty bread. A couple of times I made gigantes plaki, a delicious bean and tomato stew, affectionately known round here as Big Beans 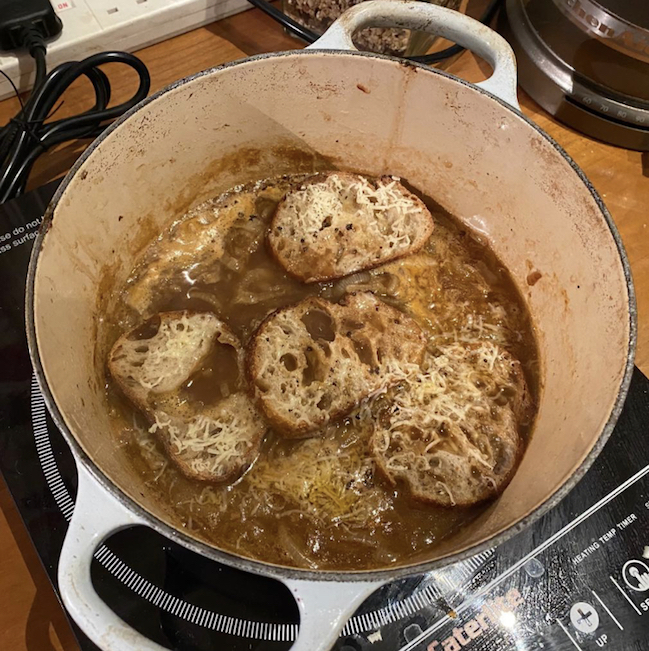 Teaching at Bread Ahead did help – I made some soups at work and brought them home to warm up (I packed the blender away, big mistake). 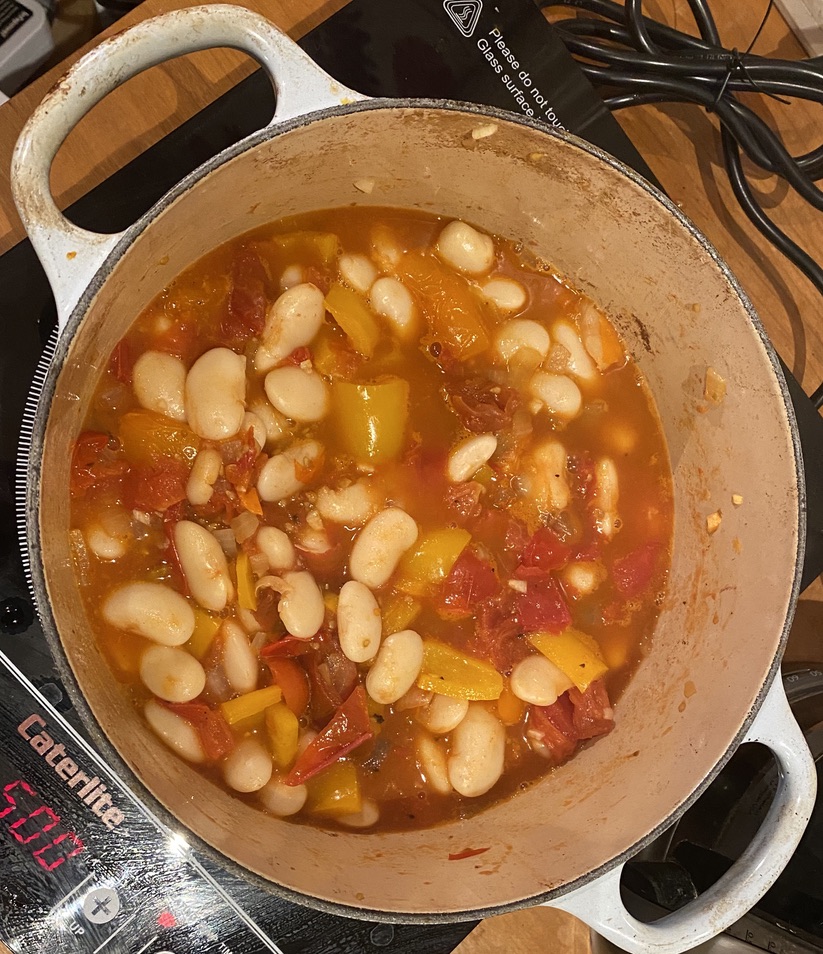 The lowest point was in week 3… We had tickets to see the fantastic Grayson Perry at the Royal Festival Hall. Got there too late to eat ahead or to order sensible food for the interval. So dinner was: a bag of crisps and a large glass of Beaujolais before the show, same again in the interval… In my defence, the crisps were posh (cheese and onion) and the wine extremely good. Don’t judge me.

It was mostly fun and entertaining to keep things a bit simpler and definitely good practice for the next camping trip – but thank goodness, the new kitchen was ready for Christmas!